This Is The Face Of The Upcoming Genesis G70 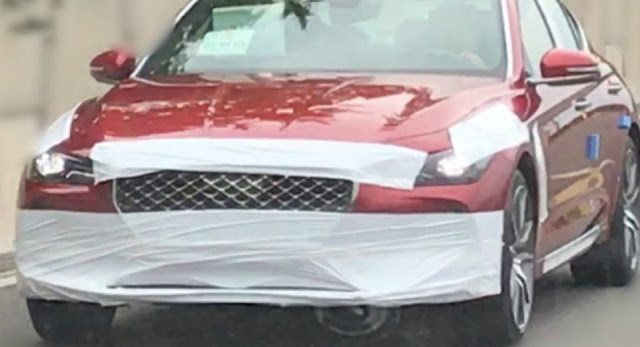 Last week, an image surfaced online showing the Genesis G70 from the rear without any camoflage in sight. Based on that grainy image alone, many appear to be fans of the sports sedan already.

Now, we’ve stumbled on a handful of additional images of the G70 on the Korean Beast forums and one of them reveals the completed design of the front-end with nothing more than some strips of white tape.

Up front, the G70 adopts headlights that look remarkably similar to those of the Infiniti Q50, not that that’s necessarily a bad thing. In the middle of the fascia is a large grille with four-sided diamond-shaped mesh while the bumper appears to consist of two large air intakes on either side and a prominent splitter.

Compared to the aggressive design of the Kia Stinger, the G70 looks much more restrained and will probably blend in with traffic better than its brother from another mother.

Like the Stinger, the range-topping G70 is tipped to get a twin-turbocharged 3.3-liter V6 with 365 hp and rear-wheel drive as standard. There’s a possibility that all-wheel drive will be an option and that the entry-level model may receive the same 255 hp, 2.0-liter turbo four as the Stinger.
Diposting oleh Unknown di 02.19 Tidak ada komentar:

It’s a surprising move for Toyota since it will be the first ever that the Japanese carmaker will be launching a vehicle in the Sin City. But many motoring experts believe that the decision of Toyota to unravel a 2016 Prius this month has something to do with the plans of Tesla Motors to launch its Model X late this month as well.
It has been previously reported that Toyota will be launching the 2016 Prius before the end of the year. While September 8 is technically before the end of the year, nobody was expecting that the launching could happen soon enough.
However, the launching event in Las Vegas on September 8 is a media only affair so it is possible that Toyota may be planning be a bigger roll-out event before the end of the year, notes Digital Trends.
Next era of an icon
Toyota refers to its 2016 Toyota Prius as the next era of an icon. In a statement announcing the media launch of its next hybrid on September 8, Toyota said that it is pulling all stops for the exclusive event to celebrate the future of Prius in a truly spectacular way that will be anything but expected.

New Review About 10 Best Car
The teaser photo unveiled by Toyota showed a black background with a bright-red squiggle that is likely the car’s taillight profile, details the Green Car Reports.
Photos of two different 2016 Prius were leaked late last month – one featuring silver, and the other one is dark gray – by a Malaysian Prius owner on Facebook and it went viral all over the world.
Given that the exterior design of the 2016 Toyota Prius was already made in public, it would be interesting to see how much information will Toyota release during the media event on September 8 in Las Vegas as reports have it that the Japanese carmaker will not be providing test driving opportunity at the event.
More shimmering profile
While the 2016 Toyota Prius will be launched on September 8, the hybrid will be released to the retail markets a few weeks or months after. It is expected that the hybrid vehicle shall have a more lustrous and shimmering profile than its predecessor.
The 2016 Toyota Prius is also one of the first Toyota vehicles to make use of the Toyota New Global Architecture for a lower center of gravity and improved handling. The base model of the Prius will have the staple nickel-metal-hydride battery pack while the premium model might house a lithium-ion battery. The vehicle will also come with an all-wheel drive option.
It is evident that a new Prius is forthcoming because the current range of the Toyota Prius hybrid cars has received significant discounts to keep its sales up even as the lineup ages and gas prices remain low.
Accordingly the Toyota Prius V in San Francisco is getting a regional discount of as much as $4,000, which is far higher than the $2,750 price cut offered by the Japanese carmaker on the vehicle in July.
The overall discount includes a $2,500 rebate and a $1,500 bonus offer for buyers in San Francisco and its environs. 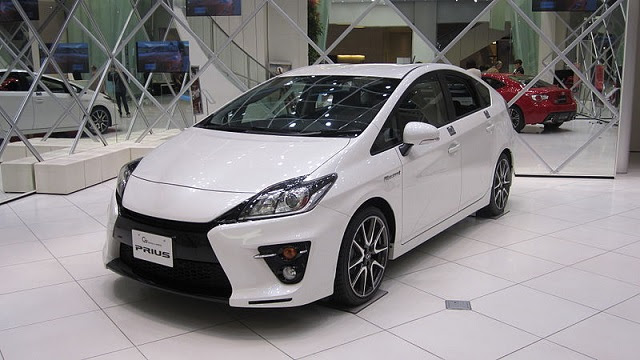 The rebates in most other regions remain largely unchanged, particularly the $1,500 discount in Los Angeles, where there is a huge demand for the hybrid vehicle.
The hybrid vehicle segment has been on the decline as of late because of falling fuel prices and the rising efficiency of conventional gasoline cars, not to mention the advent of fully-electric vehicles.
Diposting oleh Unknown di 06.55 Tidak ada komentar: 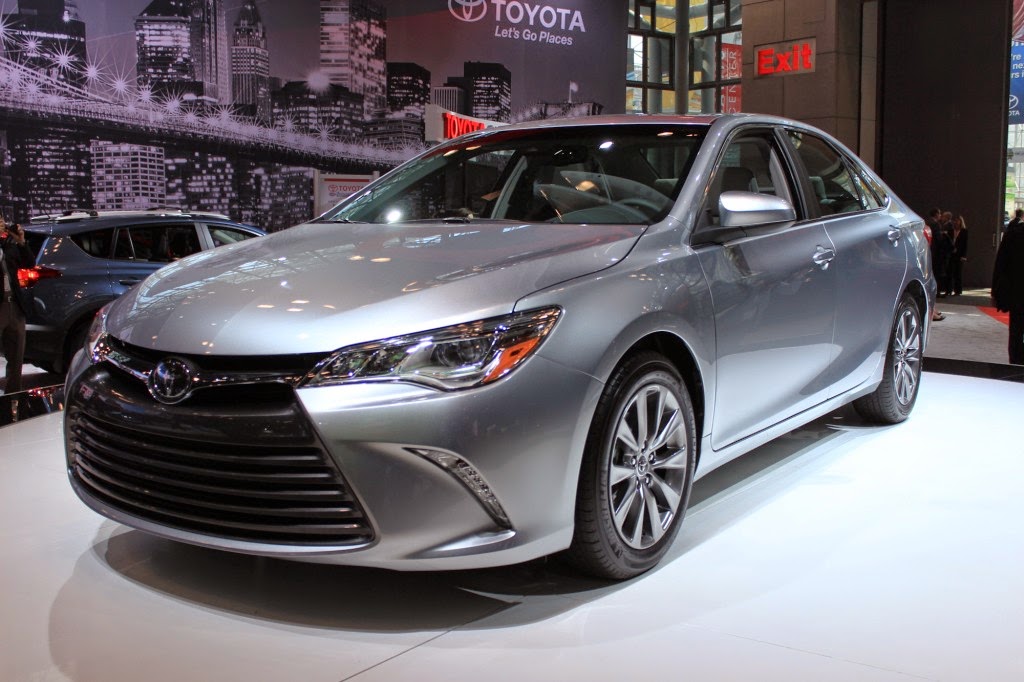 The Toyota Camry gets an extensive overhaul for 2015, a simple 3 years after a total redesign. Emphasizes consist of brand new outside designing, enhanced handling as well as a changed inside with even more tools and also far better products.

The 2015 Toyota Camry stands for a substantial separation from the standard, nonetheless, as Toyota has actually completely revamped it a plain 3 years after a total redesign. Whatever the factors are for the modification-- an excellent assumption would certainly be that Toyota really feels the requirement to have a much more affordable Camry this year-- the end outcome is definitely excellent information if you're going shopping for a 2015 midsize family members sedan.

Every 2015 Toyota Camry trim comes specification with a 2.5-liter four-cylinder engine that generates 178 horse power and also 170 pound-feet of torque. Front-wheel drive and also a six-speed automatic transmission are typical.

The 2015 Toyota Camry is blessed with one of the most roomy and also comfy log cabins in the midsize household sedan sector. Also high grownups will certainly locate lots of area over their heads and also in front of their knees, while a rear-facing kid seat will certainly suit in back with convenience.

The 2015 Toyota Camry stands for a considerable separation from the standard, nonetheless, as Toyota has actually completely upgraded it a simple 3 years after a full redesign. Whatever the factors are for the modification-- a great assumption would certainly be that Toyota really feels the requirement to have a much more affordable Camry this year-- the end outcome is absolutely great information if you're going shopping for a 2015 midsize family members sedan.

The 2015 Toyota Camry is blessed with one of the most roomy as well as comfy log cabins in the midsize family members sedan section.
Diposting oleh Unknown di 14.27 1 komentar: